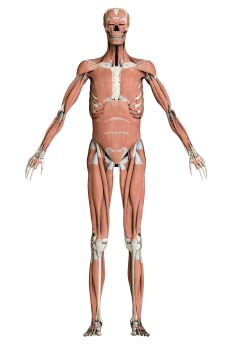 The main functions of the muscular system, which contains more than 600 individual muscles, is to provide movement for the body, provide heat, and maintain body posture. Therefore, the muscular system is closely integrated with the skeletal system and the nervous system. Muscles work by turning the body’s energy into motion.

Muscles are involved in nearly everything we do like blinking, walking, and breathing. The face has over 30 muscles which we use to express emotion. The eye muscles are the workhorses, with scientists estimating they move more than 100,000 times every day. The largest muscle, the gluteus maximus in the buttocks, enables humans to run upright quickly.

Muscles that control the heart or digestive system are called involuntary muscles because they work on their own without conscious effort on our part. Voluntary muscles, such as those attached to our skeleton, work when we consciously tell them to. Both types of muscles are controlled by the brain, which sends electric signals to the muscles through nerves telling them to either contract or relax. Signals to involuntary muscles happen automatically, like a plane flying on autopilot. Signals to voluntary muscles occur when we consciously send the message, like a pilot taking over the controls to land the plane.
The muscular system consists of three different types of muscle tissues: skeletal, smooth, and cardiac.

Smooth muscle is found throughout the internal organs of the body, including the digestive tract, blood vessels, airways, and the female uterus. Smooth muscle has the ability to stretch and maintain tension for long periods of time. Because the contractions of smooth muscle are not under our conscious control, it is considered an involuntary muscle. Compared to skeletal muscle, smooth muscle fibers are much shorter.

Cardiac muscle forms the wall of the heart, which is called the myocardium. It is also an involuntary muscle. Unlike smooth muscle, cardiac muscle has limited stretching ability but it can contract with the strength of a skeletal muscle. 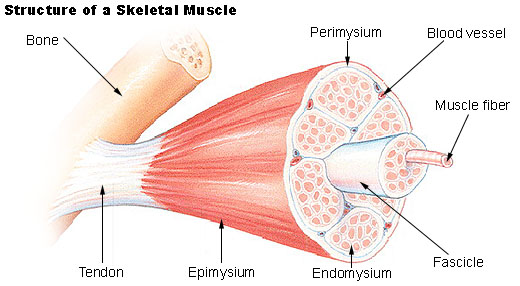 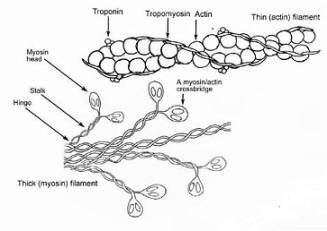 The thin muscle filaments have grooves that enable them to move alongside the thick muscle filaments. Within the grooves are two proteins, tropomyosin and troponin, that act as molecular switches to initiate muscle contraction. Calcium ions are released to trigger the movement and the proteins help the thick myosin filaments and thin actin filaments work together. In skeletal and cardiac muscles, these filaments are encased in tube-like structures called sarcomeres.

When a muscle contracts, the myosin filament heads grab the thin actin filaments creating a cross-bridge pattern. The myocin heads then bend and pull the thin filaments, which slide by. The sarcomeres get shorter as the thick and thin muscle filaments slide by each other.

Individual muscles can only contract in one direction so the skeletal system is controlled by many pairs of opposing muscles to give joints a range of motion. For example, at the elbow the biceps bend the arm and the triceps straighten it. So when one group of opposing muscles contract, the other group relaxes.

All of the muscles in the human body must coordinate for proper and efficient movement. Even the smallest movement, such as a smile, involves many muscles simultaneously contracting and relaxing, with varying degrees of force. Advanced muscle coordination, like walking, running, or playing the piano is a learned skill that takes time and practice to master.

Smooth muscle makes up the majority of our internal organs. The smooth muscles are controlled by the nervous system and hormones.

While smooth muscle has myocin and actin, it does not have sarcomeres. Compared to skeletal muscle, smooth muscle has much less actin and myocin. And instead of troponin, it has two other filament proteins: caldesmon and calponin. Since smooth muscle does not contain the calcium-binding troponin, contractions are initiated by a calcium-regulated phosphorylation of myosin.

Heart cells come in long strips, each containing a single nucleus. Like skeletal muscles, the cardiac muscle is striated and contracts by the thick and thin filaments sliding next to each other. But cardiac muscle is unique because the myofibrils of each cell are branched. These branches interlock with those of adjacent fibers by adherens junctions, which act as a kind of adhesive between adjacent cells, enabling the heart to contract without tearing the fibers apart.

Cardiac muscles are controlled by the lower section of the brain called the medulla oblongata, which controls involuntary action throughout your body. The heart beats because nerve impulses are sent from the medulla oblongata to the sinoatrial node (SA) in the right atrium. The SA is the heart’s impulse-generating tissue, or pacemaker.

Lever. A hard length of material, or bar, used to maintain weight at one end, while pressure is exerted on its second end.

Fulcrum.The area around which a lever turns, the pivot point.

A fulcrum is a fixed pivot point on which a lever can move in different ways or angles. This is the way the muscular system interacts with the skeletal system, with the joints being the fulcrum and the bones being the lever.

Skeletal muscles are classified according to the type of movement they display, which in turn is determined by the type of joint with which the muscle works. The classes are: flexors, extensors, adductors, and abductors.

Flexors bend at the joint, decreasing the interior angle of the joint. So the bicep is a flexor of the elbow joint. Flexors in the wrist and ankle joints are called plantar flexors. Plantar flexion occurs when the fingers or toes are pointing downward (as when a woman offers her hand to be kissed).

The opposite of flexors are extendors, which unbend at the joint, increasing the interior angle, such as when straightening your arm. The tricep is an extensor of the elbow joint. Extensors found in the wrist or ankle joints are called dorsiflexors. Dorsiflexion occurs when the hand or foot is brought back (as in, Talk to the hand).

Abductors provide movement away from the body. So lifting your arms or spreading your fingers uses abductors.

Adductors are muscles used to move toward the body. Pressing the fingers of one hand against each other or sliding your straightened legs together while sitting on the floor uses adductors.

Tendons connect muscles to the bones while ligaments attach one bone to another. 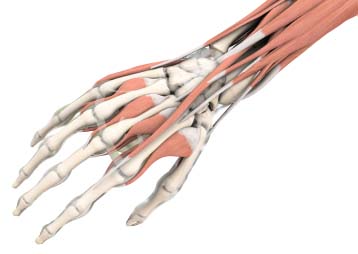 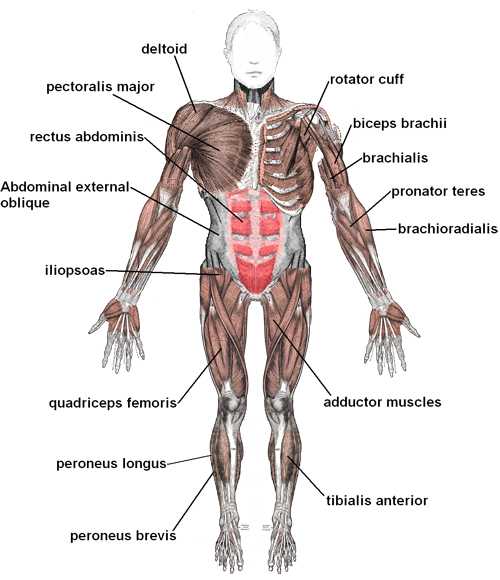 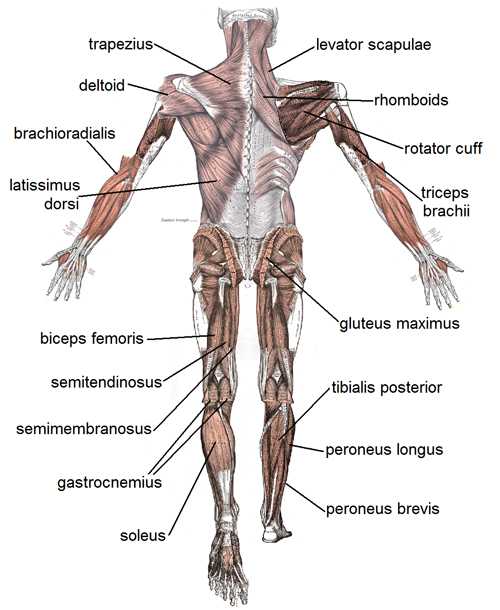 Selected Muscles of the Human Skeleton and Their Function 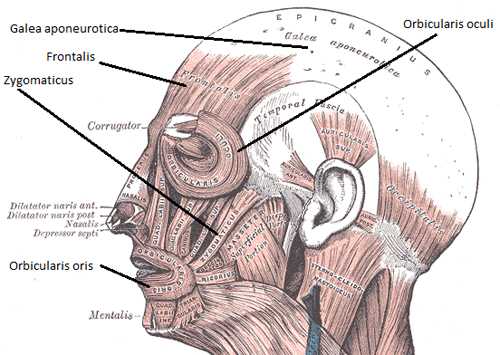 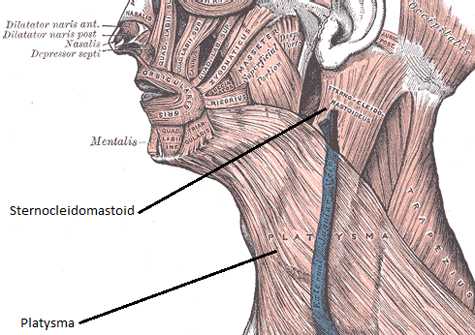 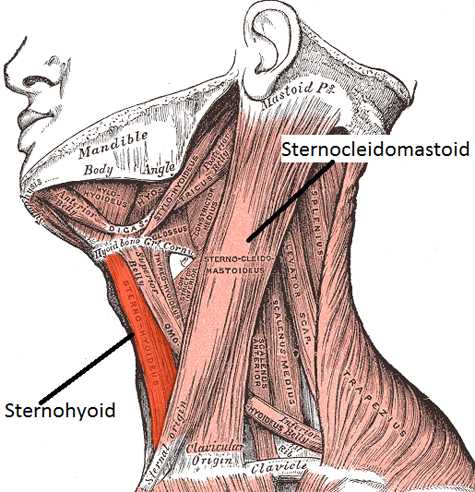 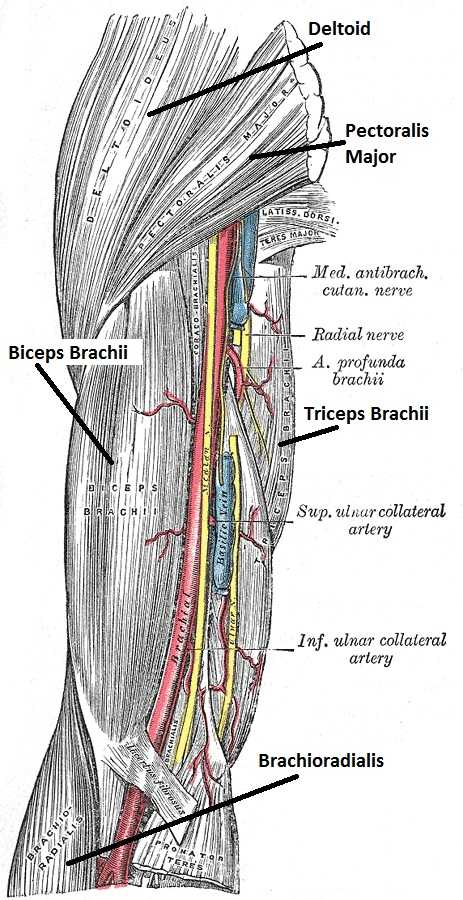 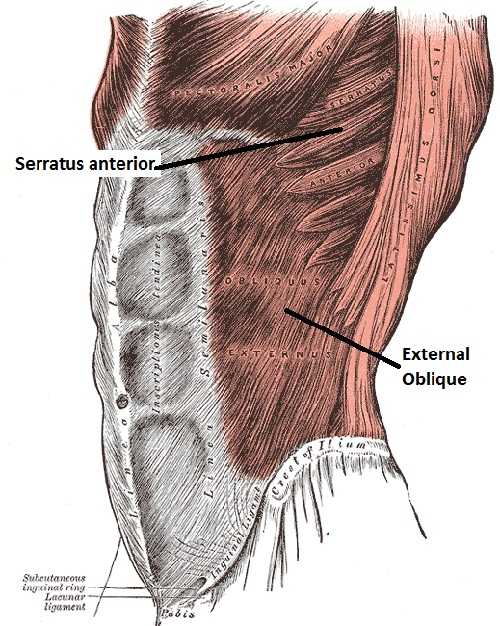 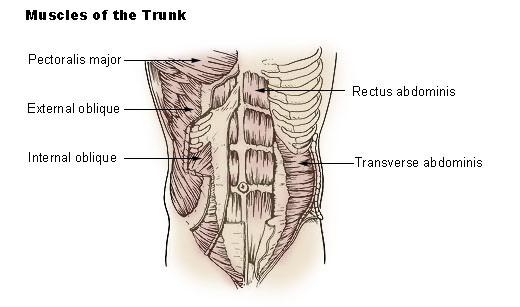 PELVIC GIRDLE and the LEGS 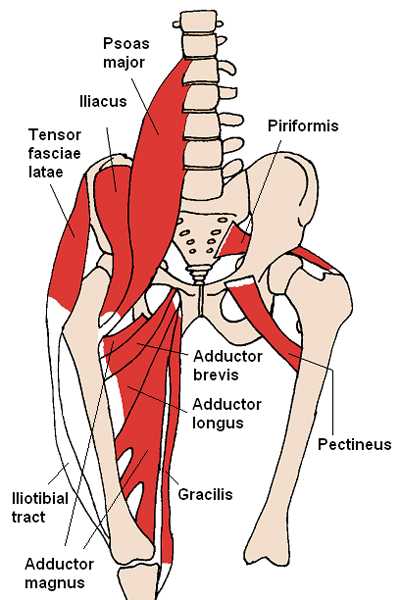 – Rectus Femoris is the muscle that extends the knee.
– Sartorius is considered the longest muscle in the body, and its functions include flexing and rotating the thigh at hip and the leg at the knee. 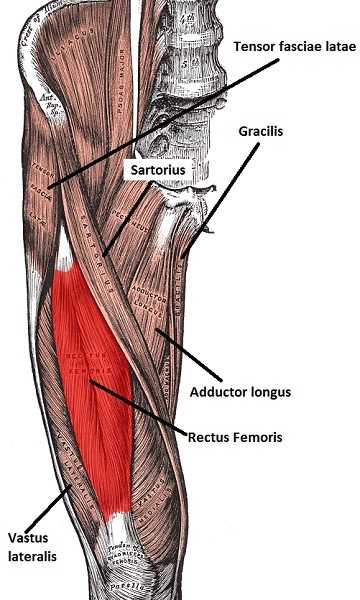 – Vastus lateralis is the muscle that extends the knee.
– Gracilis flexes the knee, adducts the thigh, and helps to medially rotate the tibia on the femur. 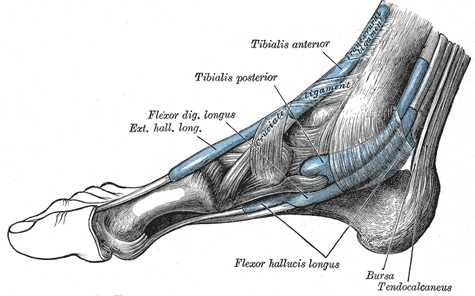 The muscular system gives us movement and helps control vital physiological processes such as respiration and digestion. Muscles are doing what they are directed to do (voluntarily or involuntarily) from electrical impulses sent by the brain through the nervous system, which is the body’s built-in, high speed computer.